The Sombrero Tower rises 200ft above the flat Dillon, South Carolina countryside surrounding South of the Border like the Space Needle rises above Seattle. It signals the end of your journey to America’s Favorite Roadside Attraction. It also signals the beginning of a fun-filled time exploring the numerous shops, arcades, restaurants and stores of South of the Border. The 200 foot tall Sombrero Tower was considered the World’s Largest Sign until just a few years ago. At night, its neon glow can be seen for many miles up and down Interstate 95, beckoning weary travelers to stop for a much needed break.

Recently South of the Border has undergone a multi-million dollar renovation project.  The Sombrero Tower’s once vibrant southwest color scheme had become faded after years of rain, snow and blistering summertime South Carolina sun. Some of the neon tubes had lost their luster or had burned out. Pedro has changed all that!! Now its warm orange, yellow and green hues glisten and sparkle in the sunlight. At night, the new neon lights blaze and twinkle in the Dillon night sky like a sombrero-shaped alien spacecraft is about to land on the grounds of South of the Border.

During the daytime, The Sombrero Tower’s Observation Deck lets you see the lush green North and South Carolina countryside for long stretches in all directions. As you glide to the top in the glass elevator, you begin to see the grounds of South of the Border from an entirely new angle. The ride is a mere $4 for all of Pedro’s friends. Once you’re high atop the tower you can walk around of the brim of the sombrero for an unobstructed 360 degree view of The Border and beyond.

If you prefer something a little tamer, Pedro’s video game arcade will surely keep you entertained. The El Toro Arcade is located at the base of the Sombrero Tower, with others throughout the complex. 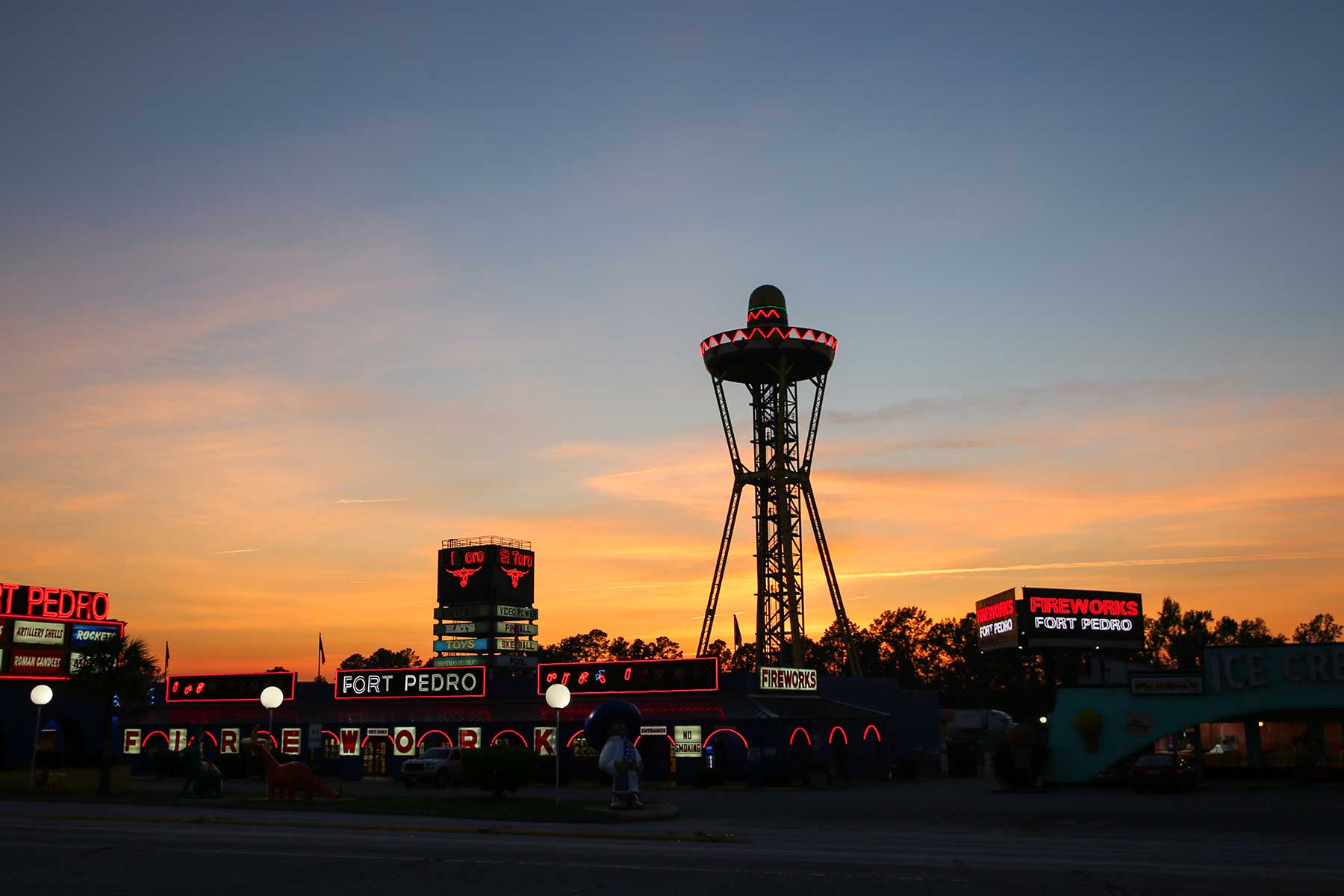 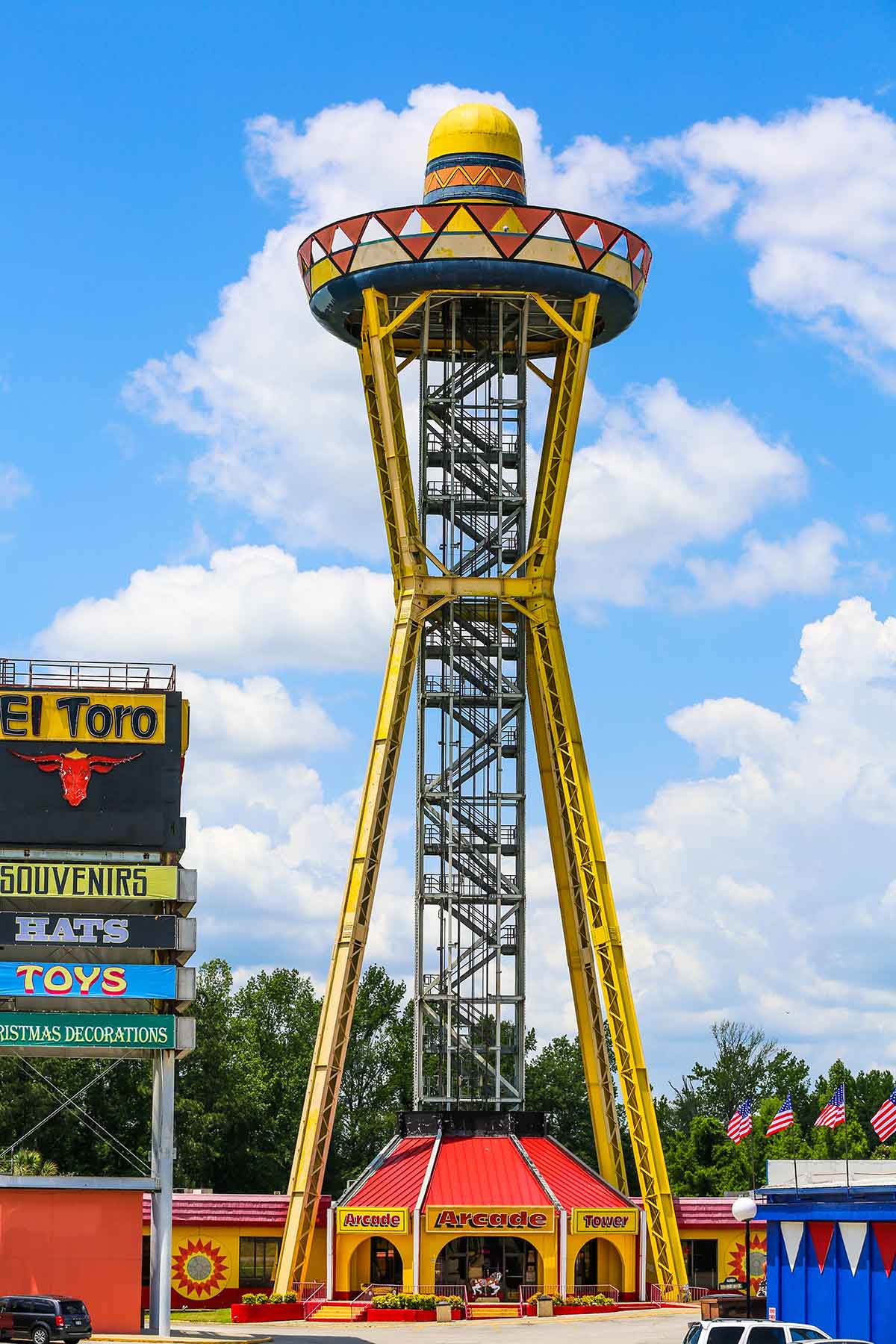 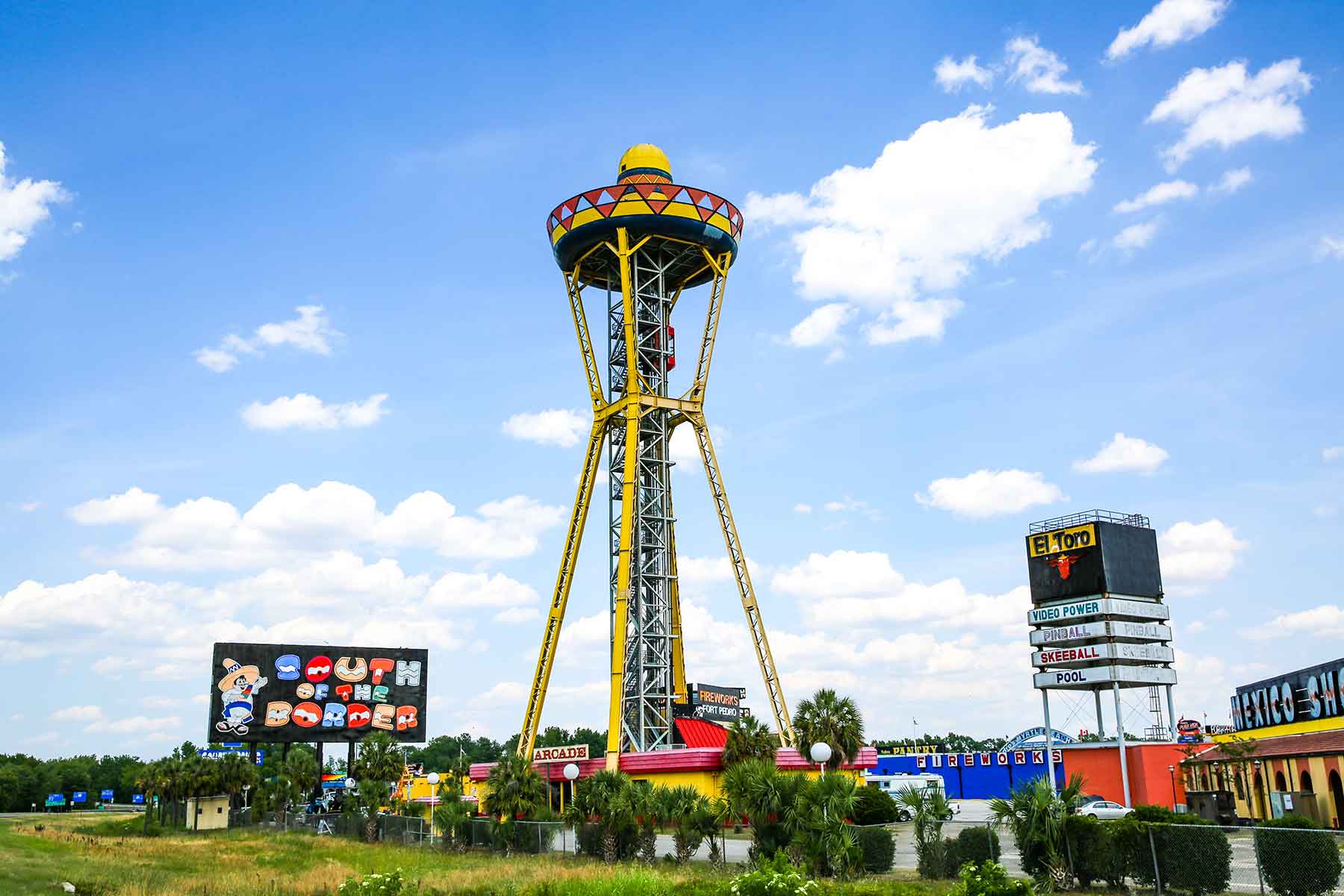 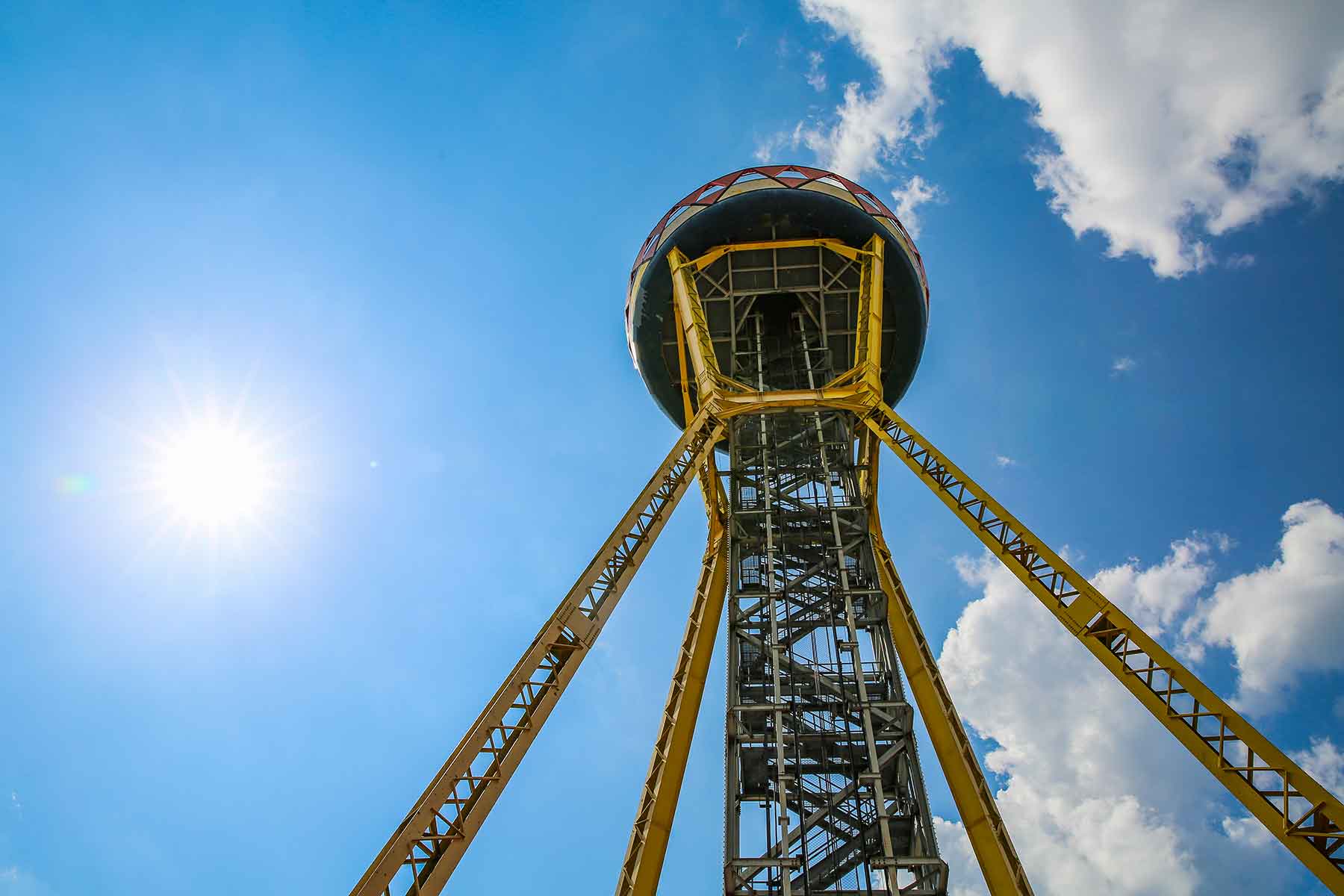 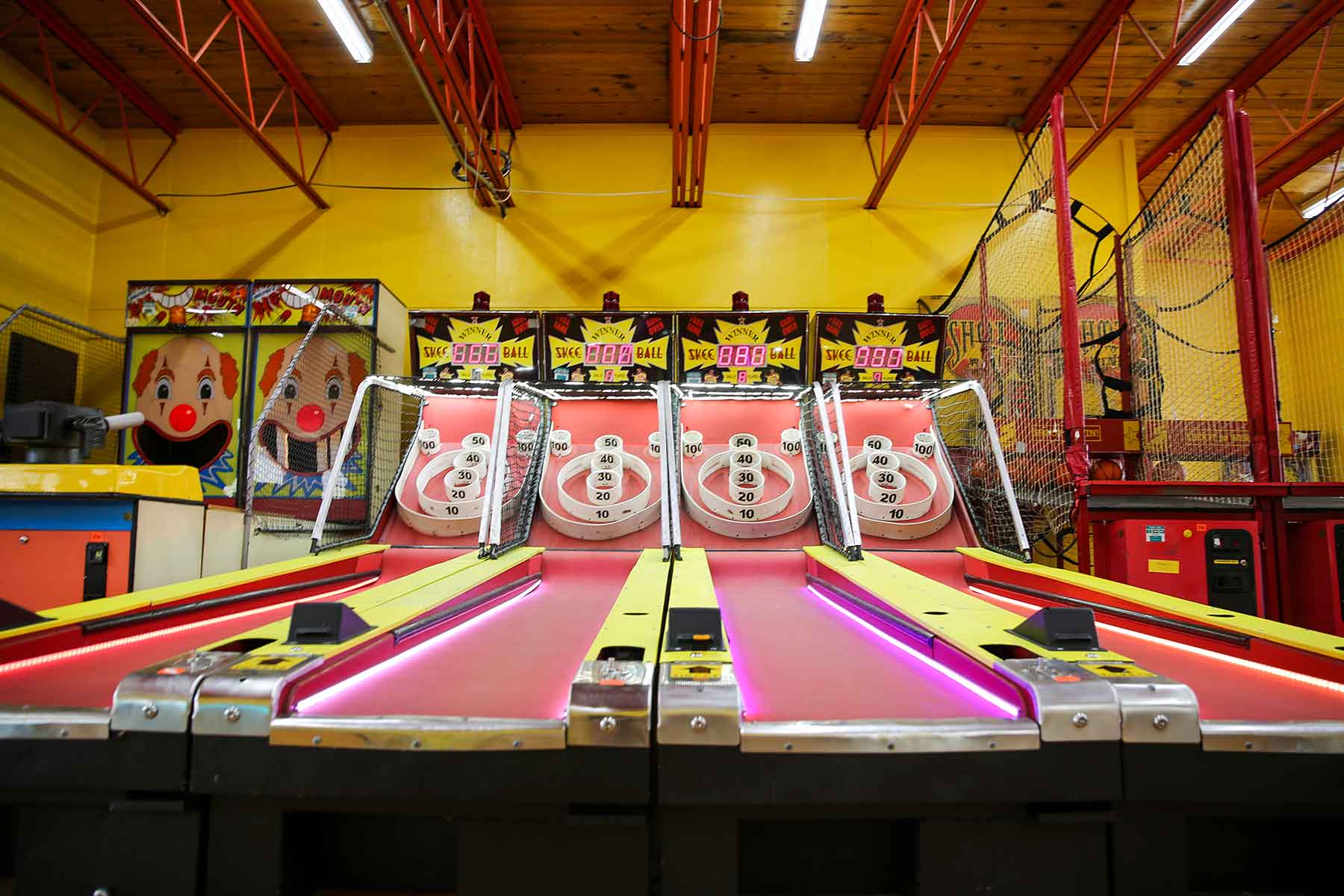 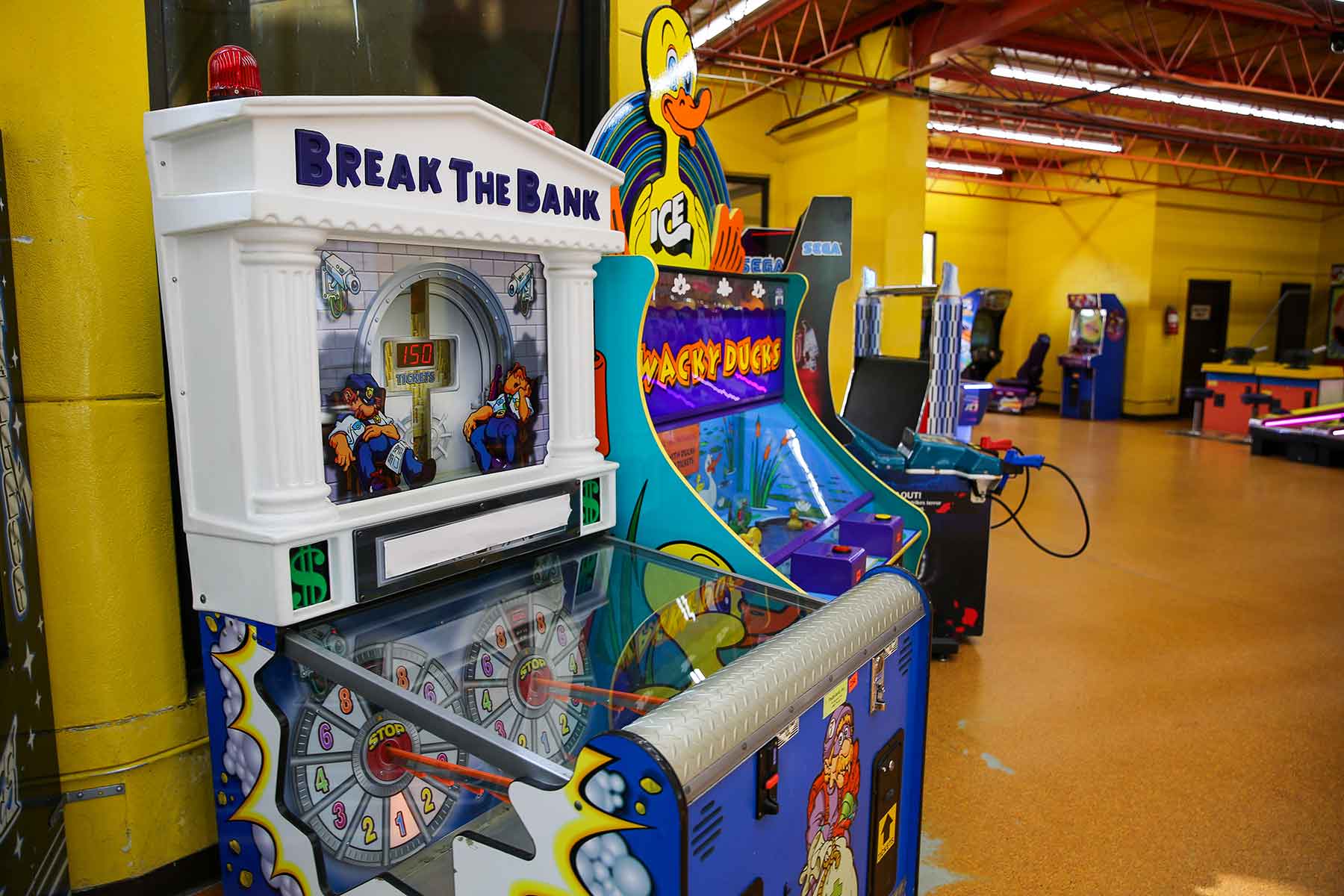